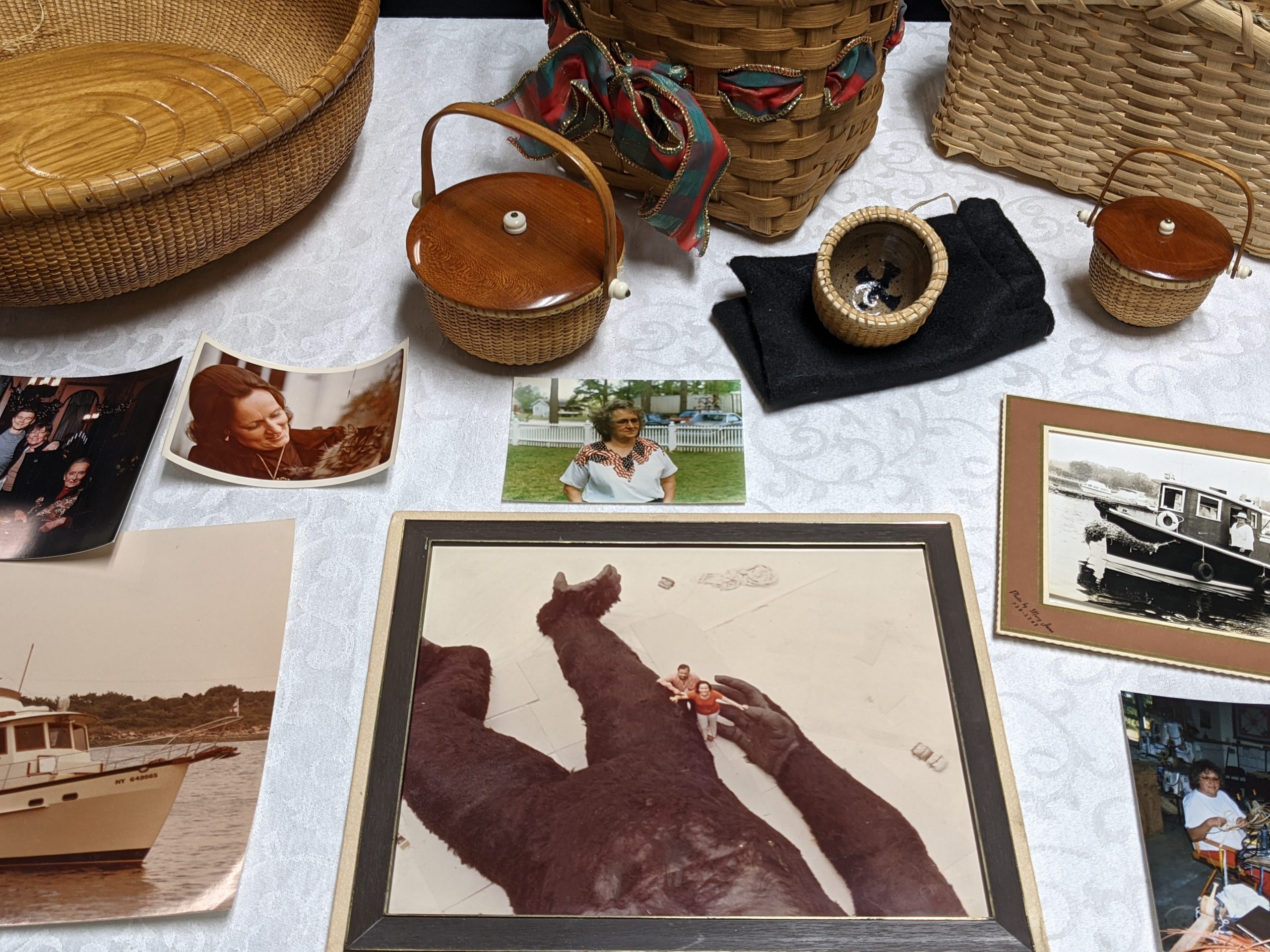 It is with deep sadness and profound respect that we acknowledge the passing of Julia Ottesen, one of the first artisans to join NC Handmade.

There were many iterations to her creative life. In high school, she played violin in the orchestra and studied art, dreaming of becoming a portrait artist someday. She married her high school sweetheart only weeks after graduation and started a family. She opened a home-based dressmaker/seamstress business called A Stitch in Time in Clinton, New York, while her daughters were young and in school. To augment her business, she learned millinery and tailoring, but what she loved most was the creative sewing. Customers would come to her with an idea or a beautiful bolt of fabric bought on vacation and together they would create a garment that was theirs alone and fit to a tee.

She took a break from handmade crafts after meeting her future second husband and moving to New York City with him. She went to work as the office manager for his special effects business (EFEX Specialists) in Astoria, New York. Their company created special effects for films and commercials such as The French Connection (1971), The Exorcist (1973), King Kong (1976), The Wiz (1978), and The World According to Garp (1982).

In October 1985, they retired and bought a boat named the Magic Dragon. They lived on the boat for a couple of years as they built their dream home on Pungo Creek in Belhaven, North Carolina. Julie studied stained glass, watercolor painting, and basketmaking, and she later started Belle Port Baskets, traveled to craft shows around the southeastern United States and was accepted into the Southern Highland Craft Guild. Making baskets was her passion! She loved the process of making each one—from one made of white oak she cut down, hand split the splint and hand-carved the handle under the tutelage of the McColley’s of West Virginia to the precise, meticulous Nantucket baskets for which she was known.

After frequent hurricanes in the 1990s, they decided to relocate to higher ground and moved to Traphill, North Carolina, where she continued her basketmaking into her eighties.

To see some of her basketry, visit Julie Ottesen’s artisan page.